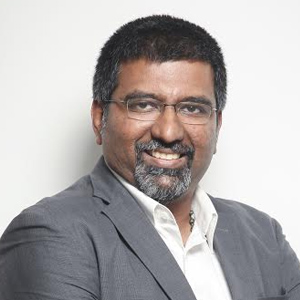 Mr. Madhusudan Gopalan is Managing Director & CEO of India Sub Continent at Procter & Gamble where he is responsible for developing P&G’s business, organization and corporate reputation. He has more than 18 years of experience working for the company across business units and diverse geographies like India, US and ASEAN countries. Prior to his India role, Madhusudan was leading the P&G business in Indonesia where he has led strong sales growth, share turn around, strong value creation and cash productivity. As a passionate advocate of diversity, he spearheaded the development of local talent in Indonesia and under his leadership, the company recently achieved the milestone of having more than 50% women managers in the workforce. Madhusudan also served as the Chairman of Indonesia Chapter of US ASEAN Business Council and advised the Indonesian government on policy matters.

Madhusudan started his career with P&G in India 1999 as a new hire in the Sales function from Indian Institute of Management, Calcutta and worked in various locations across India including being part of P&G’s first Modern Retail team in India. His first international assignment was to P&G's headquarters in the United States, where he worked with the P&G-Walmart business team. He returned to India as the Head - Market, Strategy & Planning and oversaw the rapid growth of P&G’s business that grew 10 times in the space of a decade. He then moved to Indonesia as Head of Sales where he learnt to speak the local language, Bahasa Indonesia. Madhusudan later assumed the position of ASEAN Commercial Leader based in Bangkok, where he oversaw the commercial category teams across all P&G ASEAN countries and helped set up P&G’s e-commerce business teams in the region. Post this assignment, he returned to Indonesia as the Head of the P&G business before taking over as India CEO.