Every Year, THE IMPACT PERSON OF YEAR award is presented to one person or group of people chosen by their peers in the industry for having made maximum impact and having influenced the industry by contributing significantly in the domain of advertising, media and marketing. The person should have made a substantial contribution to his/her own business as well as industry bodies and the practice adopted by him/her should have had far-reaching effects in the foreseeable future. 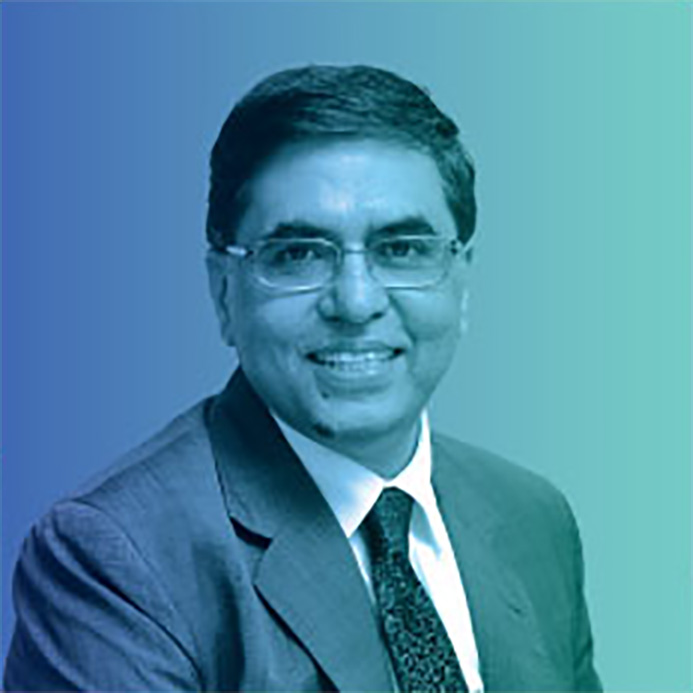 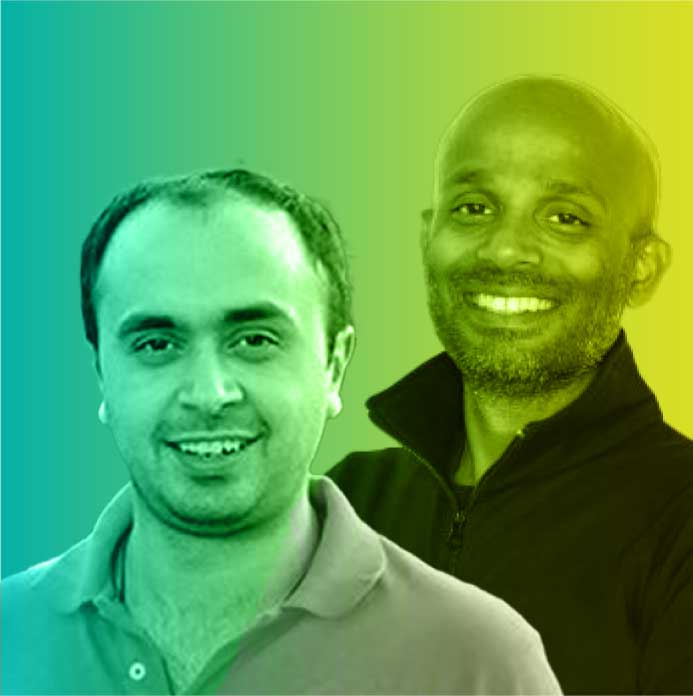 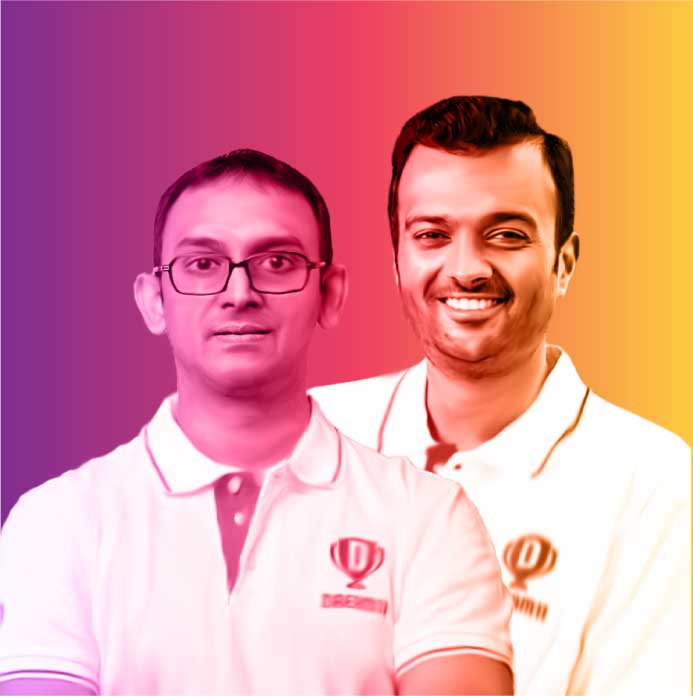 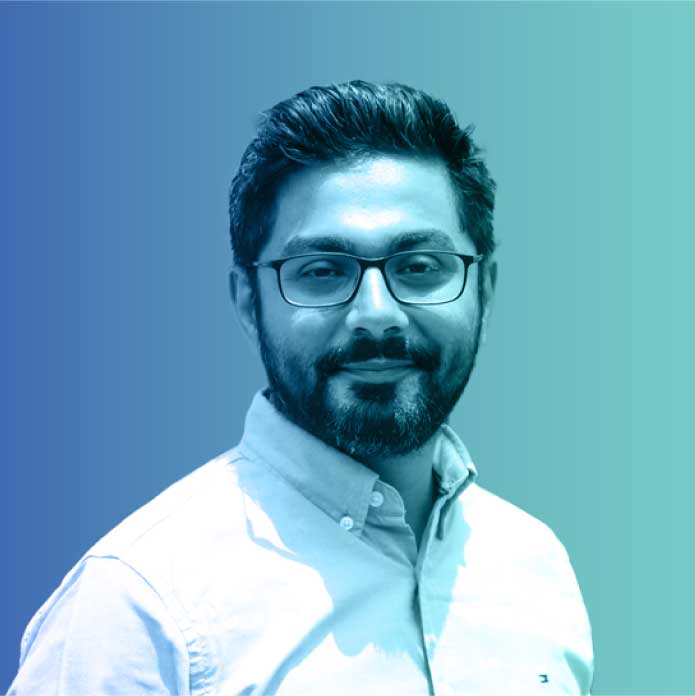 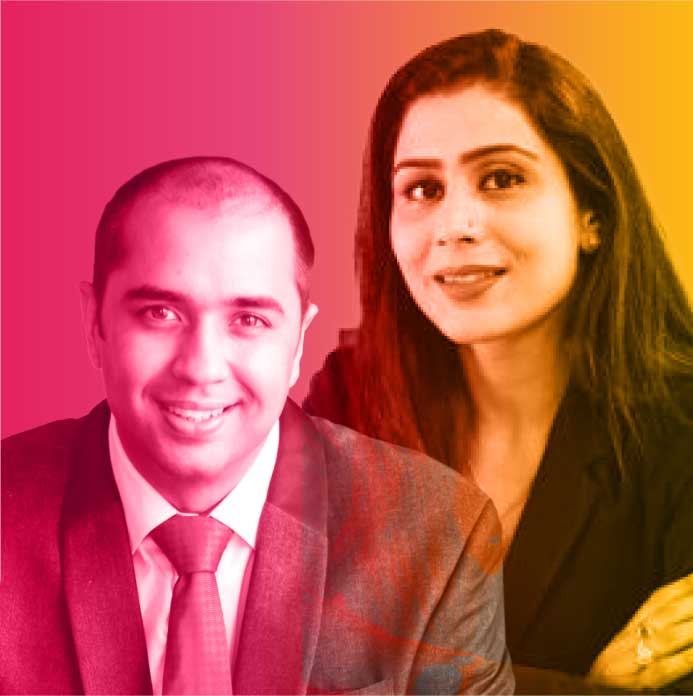 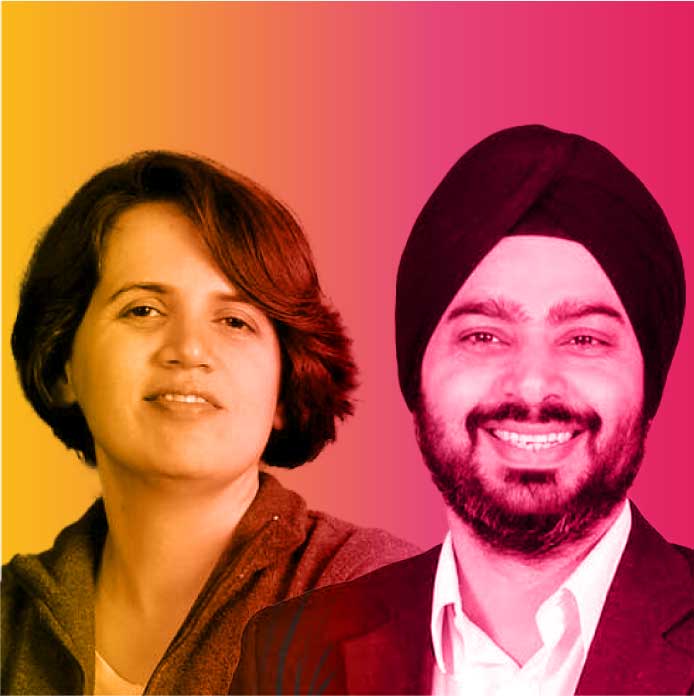 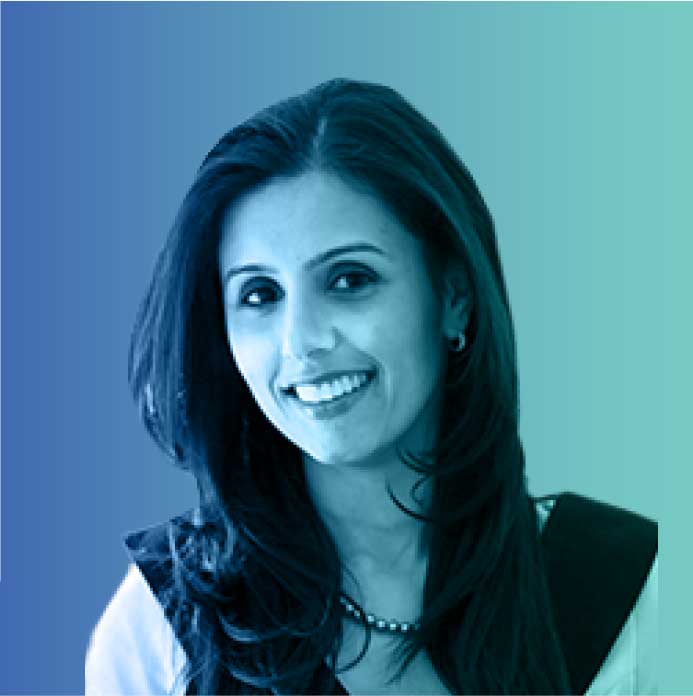 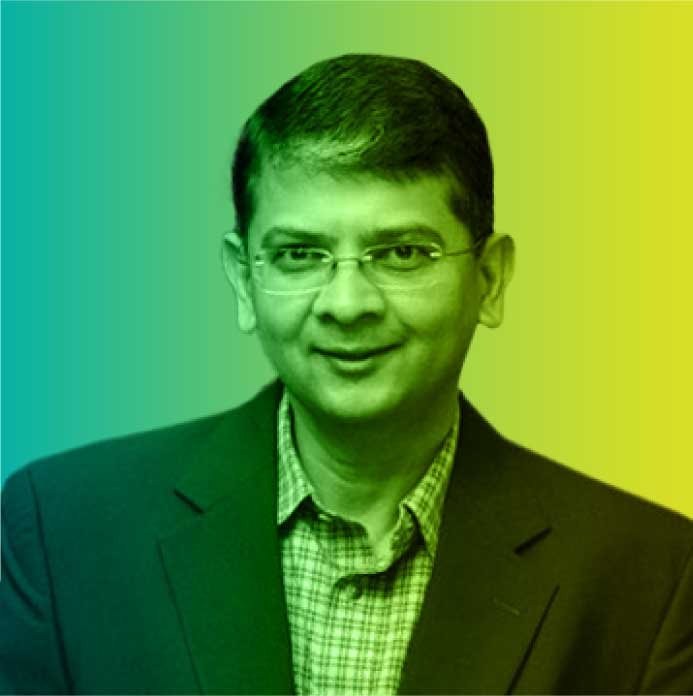 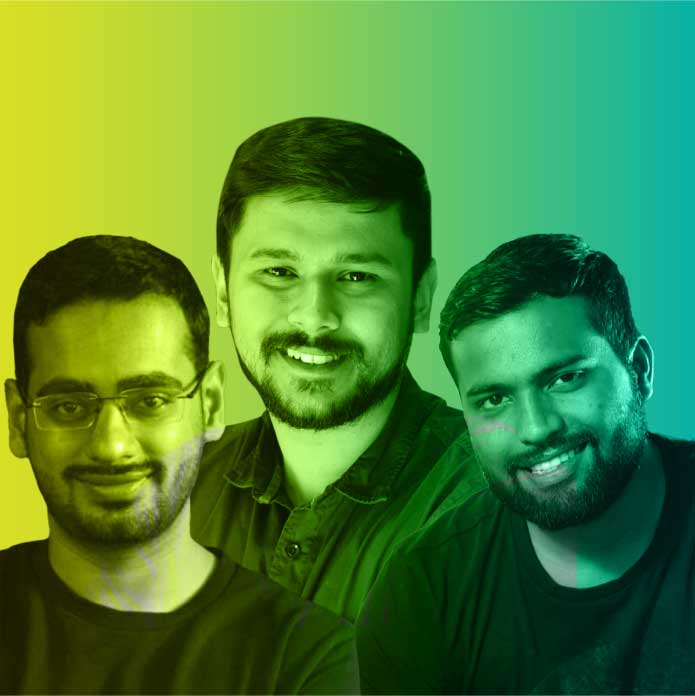 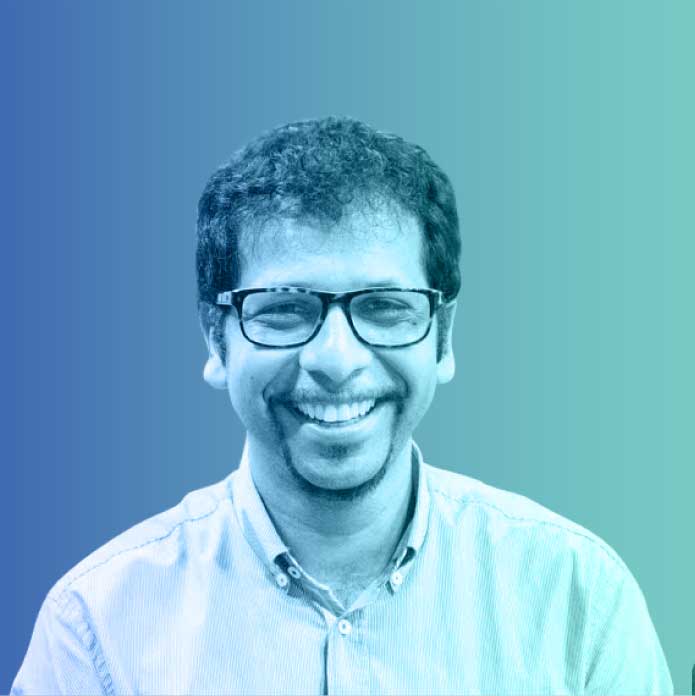 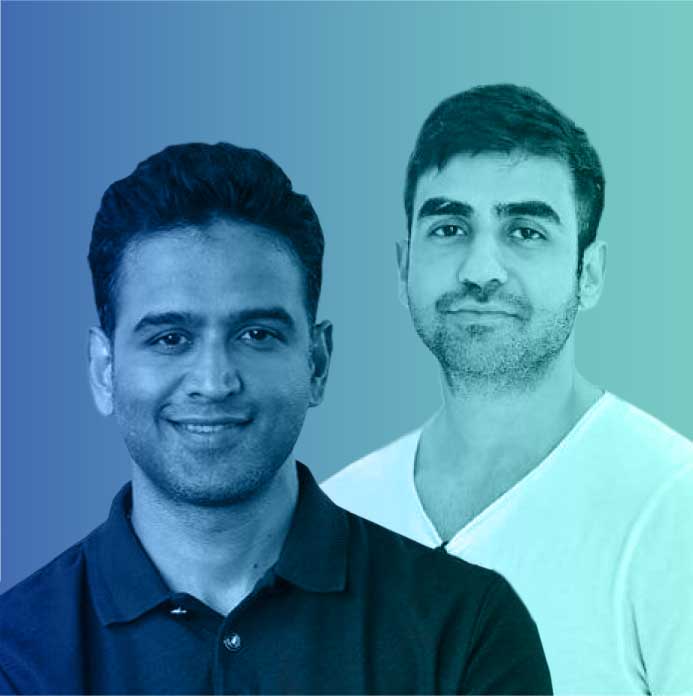 Only time will tell how and when the wheels of succession start rolling at India’s largest private sector company, Reliance Industries Limited. But, there’s no doubt that Rs 5.39 lakh crore oil-to-telecom conglomerate will be in good hands with the next generation leadership in 30-year-old Ambani twins, Akash and Isha. In about 7 years since they joined as Director at Reliance Jio Infocomm and Reliance Retail Ventures, they have displayed firebrand entrepreneurship and have left their mark on the way the Reliance conglomerate is growing. Whether it is a divestment of stake to Google, Facebook, General Atlantic, or Saudi Arabia’s sovereign Public Investment Fund (PIF), or acquisition spree of Reliance Retail or fundraising, all have had a clear imprint of the twins’ ideas and leadership. The duo is playing a key role in the transformation of Reliance Industries from an old economy company to a new-age technology company.

Sanjiv Mehta doesn’t get unfazed by any crisis. His resilience and agility kept the company strong during the peak of the pandemic. The company’s performance during the unprecedented times reflected in stellar Q3 numbers in December. The Reimagine HUL programme is a strategic shift to technology adoption aimed at making the organization smarter and more efficient. He endeavours to apply technology in all aspects of operations and transform HUL into a data-led and machine-augmented company that creates customized platforms and meets customer values. Mehta’s move to create an ‘Intelligent Enterprise’ with Artificial Intelligence has already started delivering results. Today the company has already reduced the time that it used to take in sourcing materials, manufacturing, innovation, and distribution. Mehta’s HUL of tomorrow will deliver scale and efficiency while retaining the nimbleness of a startup. And he is going steady in making his vision a reality.

Beerud Sheth entered the coveted unicorn club with his conversational messaging platform Gupshup. Sheth raised $100 million in funding from Tiger Global Management at the valuation of $1.4 billion in April 2021. Gupshup has evolved from an SMS app to an AI conversational tool that empowers around 1,00,000 businesses and developers to create conversational experiences for their users or customers, and also powers more than 6 billion messages every month. The platform’s business API for WhatsApp is revolutionizing the digital makeover of local kiranas. It is one of the largest providers of business connectivity and bots to MSMEs over WhatsApp not only in India but in the overseas market too, particularly in South America, Africa, and the Middle East.

The founders of Honda Consumer Private Limited got interested in the production of toxin-free baby creams and lotions to meet their own child’s needs, who was allergic to chemicals. Never did they realize that market was hungry for chemical-free products to such an extent that it would become a unicorn at a valuation of $1.07 billion in just about 5 years. The company has a net revenue of around Rs 50 crore and expects to close in March 2022 with double the revenue. MamaEarth is Asia’s first company that has been certified by Made Safe. Today Varun and Ghazal Alagh manage the fastest growing FMCG brand, and top D2C brand in India, and sell over 80 beauty and personal care products across India through the online and offline medium. The duo has big expansion goals and will soon start testing the market in the Middle East and other countries in South Asia.

Malika Datt Sadani’s search for high-quality baby care products led her on to launch her own startup in 2016. She started Amishi Consumer Technologies Pvt Ltd with a focus on products for baby care and prenatal and postnatal consumption under the brand name of The Moms Co. Malika says that in order to bring out certified toxins-free products for babies, she goes to the length of creating product formulations and has set standards because of which The Mom Co’s products in India are 10 years ahead of time in the sector. Its revenue touched 100 crores in 2020. Malika says that the community of moms and their needs are instrumental in devising brands' product strategies.

The duo started MobiKwik to offer small-ticket mobile recharges, which has grown now into one of the largest digital payment companies in the country. The app which was created and constantly innovated to offer financial service products to consumers has become a tool, to use Bipin Preet Singh’s words, to ‘create financial inclusion and impact for millions in India’. Upasana feels that stories of women entrepreneurs like hers, will help improve the gender gap in entrepreneurship and inspire more female founders to bring their companies to the market. India has around 300 million people who do digital transactions and out of them, around 100 million are on MobiKwik. MobiKwik has filed its paper to raise Rs 1,900 crore via an initial public offering (IPO) and is hoping to double the revenue in FY22

Nithin and Nikhil Kamath created first online stock broking platform in India with the launch of Zerodha in 2010. The fintech platform offered a transparent and discounted business model for retail investors. Today Zerodha is India’s biggest stock brokerage company in terms of volume of trade and accounts for 17-18% of the retail trading volume that happens in the country. It has around five million active clients. They also launched an asset management company - True Beacon with zero standing-fee model targets at ultra-high net worth investors. Nitin and Nikhil have built the brand on word-of-mouth publicity and never advertised or promoted it. They also launched a venture capital fund and incubator, called Rainmatter, and invest in ventures that promote financial inclusion. The duo has committed to donating 25 percent of their wealth to philanthropic causes.

Innovation is in full swing in India’s e-commerce business. Albinder Dhindsa and Saurabh Kumar have taken on a new challenge to disrupt the e-retail playing field in India. The duo rebranded Grofers into Blinkit and announced that the company will deliver orders in 10 minutes. The mission statement of the rebranded company reads ‘instant commerce indistinguishable from magic’. They have already added more than 200 ‘dark stores’ or mini-distribution centers that are designed only for deliveries in ten minutes, and are hoping to take that number to 1000 stores by the end of FY 22. Quick commerce or quick fulfillment is the future, say the founders of Blinkit. They are processing 1 million orders weekly in 12 cities. The e-commerce delivery is no more about categories, but about time-specific use cases, feel the founders.

His startup idea was more than welcomed by the sector regulator. He had no trouble in seeking backers for his vision. That’s Varun Dua. He analyzed customer behaviors using data analytics and revolutionised the insurance sector with new product categories and personalised product launches that are simpler and transparent for customers to understand. Dua hit the startup unicorn club in 2021 after raising $255 million in the Series D round. The startup was valued at $1.1 billion. He has created the fastest growing digital-first insurance company that expects the premium income to cross Rs 1,200 crore in FY22, and double to Rs 2,600 crore in FY23. He believes that Acko’s differentiated product and value-added service will make it an insurer-of-choice for the 100 million-strong digitally-native Indian customer base over the next decade.

When IIT-Kanpur alumni — Ankush Sachdeva, Farid Ahsan, and Bhanu Pratap Singh started ShareChat in 2015, they just unplugged the stream of connections among its users. Both on ShareChat and the short video app - Moj, there is a whole world of content creators’ economy and social commerce. Their vision to enable millions of people to express themselves creatively, produced stable opportunities for the creator community. The apps also monetized the content and that created deep socio-economic impact. Moj currently has over 160 million monthly active users (MAUs). Their vision is to hit 1 billion monthly active users (MAUs) and increase the revenue accordingly by 2025. It recently merged with MX Player’s Takatak and the new entity which will be controlled by ShareChat is expected to be India’s largest short form video platform.

Darpan Sanghvi wanted to create a beauty and personal care conglomerate that addresses the needs of women in different stages of life. He executed the vision through a series of acquisitions that are planned to offer great content and innovative products. The fastest-growing direct-to-consumer beauty conglomerate hopes to hit the $250 million revenue target by March 2022. The vast digital network of audience and community created by the brand has ensured impressive digital reach. And that combined with the offline points of sale, and the Group’s strength in the DTC space, has kept him and the brand at an advantageous position in the space.

Vidit Aatrey believes in keeping everyone aligned over Meesho’s goal - ‘to enable 100 million small businesses, to succeed online, and become a one-stop-shop to buy everything for the next one billion consumers.’ He is not only optimistic about achieving his startup’s vision, but also strategic about the way he wants to achieve it. He was to accomplish that through his product and hiring strategy. He takes pride in the fact that Meesho, the social commerce unicorn is changing the lives of women by empowering them economically. Meesho has given the opportunity to 13 million small businesses and created a support system for them by enabling them to sell on Meesho. Today, the platform has sellers from around 20 states, and is still growing with around 300,000 factories selling products on the online platform. He has created an app that works across India and would like to sell products distinct to a region, and create delightful experiences for the buyers as well as sellers and democratize e-commerce for everyone across categories. Aatrey claims that his partnership with small businesses grew stronger during Covid-19 as he tried to support the small entrepreneurs with policies. And that was aimed at reducing the financial stress of the sellers and manufacturers.

What brought Harsh Jain and Bhavit Sheth together as founders of Dream11, was the love for sports fantasy games. Their big idea to start Dream11 in 2008 was borrowed from IPL, which was just launched and both of them saw an opportunity as the cricket fans couldn’t have enough of the thrilling format of the game. Today Dream11 is the biggest online gaming company and is growing fast. It touched 100 million registered users in 2020 that grew to 140 million in 2021. Despite the initial hurdles in attracting investments and the ongoing regulatory hurdles in some states, Jain and Sheth are going strong in executing their vision of making Dream11 one of the leading enablers of the world’s largest sports ecosystem.